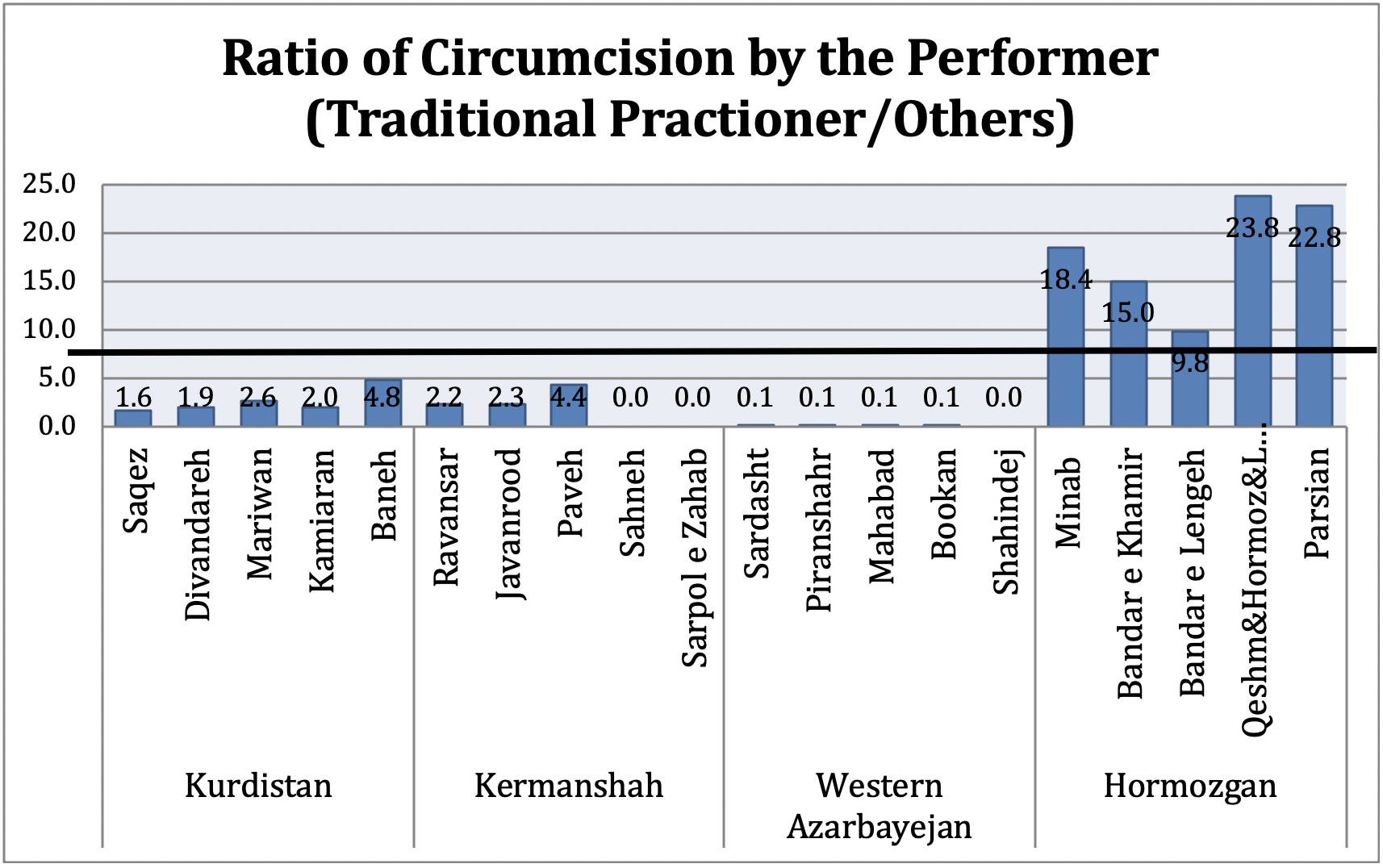 Abstract The Politics of Culture – FGM for Journal

female genital mutilation /Cutting (FGM/C) is rooted in patriarchal and traditional cultures as a communal experience signifying a transition from girlhood to womanhood. This is an integral part of the societies where patriarchy still exists. However, the conversations surrounding FGM/C have been complicated by the involvement of women themselves in perpetuating the practice. This article is based on the most consistent findings of study in Iran where DHS Data on the attitudes of men and women towards FGM have been collected from four provinces. Of the four provinces for which DHS data are available on women’s opinions toward excision, the West Azerbaijan is the only one in which the majority favour discontinuation. A variety of justifications are given by DHS respondents who favor continuation of the practice, including preservation of virginity before marriage, fidelity after marriage, enhancement of the husband’s sexual pleasure, enhancement of fertility, prevention of infant and child mortality, cleanliness and religious requirements, but tradition is by far the most commonly mentioned reason.

Findings of the study revealed that the practice is usually performed by older women under the supervision of the mother/grandmothers of girls who believe that the procedure will increase women’s attractiveness and marriageability. The practising women are themselves products of a patriarchal society who perform FGM/C on younger girls to achieve a cultural standard expected for women in such communities. The study then explored reasons that why despite so much pain women is the keeper of the practice in Iran.

The methodological approach adopted by this study was primarily participatory due to the sensitivity of the subject matter. The findings demonstrate that FGM in some selected villages is widespread among women and girls (around 60% in some villages of Qeshm Island in Southern province of Hurmozgan, especially in the villages of the four provinces in the northwest, west and south of Iran. Within these provinces, however, FGM was not practiced in the northern parts of West Azerbaijan where people are Turkish Azri and Kurmanji Kurdish speakers, nor in the Southern parts of Kermanshah and Northern parts of Hormozgan. This research study has gained global recognition and has been inaugurated by the Guardian and BBC by June 4th, 2015 through their websites. Soon after its inauguration, the aforementioned study got the United Nations (UN) platform to be discussed among the Human Rights Council in Geneva on June 19th 2015 at a session on eliminating FGM/C by Kameel Ahmady In addition to that, Reuters. also published the analysis of the research and considered it one of the rare contributions in the history

Read more: The Politics of Culture-FGM for Journal