Many scholars expected ethnic tendencies in terms of identity and ethnicity to weaken after the years of World War II, with the pursuit of large-scale and unified structural plans at the UN and the age of globalization with urbanization and education.

It had become easier to travel to different environments, the media were reducing the temporal and spatial realm, and with more education young people were not expected to be so engaged in the issue.

Autonomy in the former Soviet republics and British colonies and the continuation of ethnic identity in the heart of Europe, in developed countries like United Kingdom (Scotland, Northern Ireland, Wales), Spain (Catalonia, Basque), Italy (North and South Italy and Veneto in Venice), Poland (Upper Silesia), Switzerland (Jura), Belgium (North Flanders), France (Britain), Cyprus (the Turkish part of Northern Cyprus) and dozens of other locations have kept ethnicity alive in the new world despite expectations to the contrary.

Ethnic identification continues not to be confined to the Third World and underdeveloped countries.

During the last century, there have also been various ebbs and flow of ethnicity among Iranian groups and communities and more tendencies towards understanding identity and ethnicity.

Some ethnicities in Iran have identified themselves as independent nations;

during the early years of Mohammad Reza Shah’s rule a democratic faction was able to declare autonomy for a year and take over the administration of the regions of Azerbaijan.

At the same time, the Kurdistan Democratic Party of Iran (KDPI) was able to take control of a number of Kurdish cities in Kurdistan too.

After the revolution, most Kurdish areas were also involved in wars over ethnic identity.

Balochi dominated areas also experienced events during the kingdom of Reza Shah and Mohammad Reza Shahs that were quashed by the central government’s countermeasures.

There have been ethnic identity trends in a wider concept of identity and ethnicity among Arab speaker people for the last century, and their latest work in this area may be attributed to the efforts of the Al-Ahwazieh / Al-Ahwazi group.

The fundamental cause of these discontents is the perception of political, economic, cultural, linguistic and religious disadvantage and inequalities by these ethnic groups, in comparison with other ethnic groups, especially Persian speakers.

In the political context, Kurdish, Turks, the Arabs and the Balochi’s believe that they do not have a prominent place in the political structure of the country because there are no or very limited officials positioning from their ethnic group in the ministerial posts as well as sensitive and decision making jobs such as security and foreign office and governorate, etc.

In the economic context, it is believed that many of the country’s facilities are concentrated in the central provinces, and there are facilities in some areas such as Azerbaijan where locals continue to look back favorably at efforts and manufacturing industries which arose before the revolution.

In the cultural context, these ethnic groups believe they have restrictions on their regional festivals and conferences, local celebrations and customs, national and local media that do not reflect their cultural and traditions aspect of their ethnicity and identity.

Despite the 40 years of the Islamic Revolution, children from different ethnic groups continue to be educated entirely in their second language in Farsi, in schools which offer no formal teaching of their mother tongue.

Baloch and Turkmen ethnic groups and some Kurdish communities are Sunni shafi sect and have a religious affiliation different from the official religion of the country and believe that the ideological views of the authorities have led to forms of bias against them.

Resolution of these issues comprised only part of the demands of ethnic groups in the last (twentieth) century, especially in the years after the Islamic Revolution.

There have always been compromises between the interests of minority ethnic groups and the interests of national security. The authorities have perceived threats to national cohesion and minority groups have been treated in a confrontational, coercive, and violent manner.

The resulting divergence of positions has led to violent behaviors between the center and ethnic groups, and after a time because of the weakness of the ethnic groups, to begrudging silence.

From Border to Border

Comprehensive research study on identity and ethnicity in Iran 2019

Research form Border to Border has comprised mainly a study of the elites of these groups, including only a lower percentage of the general populace of the streets and market.

It first seeks to answer questions around perceptions of ethnicity in the contexts of Iranian political, economic, and social structure today.

What are their views on convergence, political participation, mother tongue, and the centrally focused policies? Fig. 3. GT model of collective identity study in Iran with emphasis on peace

The research draws on numerous interviews with elites and at the grassroots level, presenting the current demands of each of the ethnic groups studied in a peaceful manner.

The field research for book ” Conformity and Resistance in Mahabad“ began in May 2006 in West Azerbaijan province in north-west Iran, the southern of this province also referred to as ‘Kurdistan’, in the town of Mahabad.

It was undertaken in cooperation with the ‘Institute for the Intellectual Development of Children and Young Adults’ (Kanoon Fakri o Parverashi Kodek o Nojavan).

During a three month period working with children and young adults as well as members of staff at the center, parents and local leaders, photographic, textual and interview data was collected.

The initial aim of this research was to examine the factors which shape a sense of belonging and place among young people in Mahabad as well ad understanding the concept of identity and ethnicity, a town on the north-west periphery of Iran.

I wanted to look at their consumption of local, national and transnational forms of media, and how this influenced their view of events, their local environment, and the ways they chose to narrate these.

I used reflexive visual methods, asking them to take their own photographic pieces dealing with themes they saw as relevant to local current events and their place within these processes.

The works they produced were then placed in a week long public exhibition in Mahabad, where further data was gathered in a Guest Book of reactions to the event, as well as participant observation notes taken at the time.

Figure 6: A girl is comforted by her friends after the ‘tragedy’ breaking up with her boyfriend

The work produced by the young people shows the multiple and sometimes competing forces at work in the lives of young people in Iran, where idealised images about ‘the west’ can serve to challenge or reinforce their own sense of place.

Conventions of media and popular culture ‘story telling’ – that is the discourses used to describe current affairs and social conditions in satellite television from Asia and Europe, films, print media such as newspapers, as well as vernacular trends – have shaped not only the choice of themes which are given priority by young people, but also the ways in which they view these themes and the relevance to their lives.

Particularly with respect to issues of gender, there appears to be a strong desire for more public debate, but an ambivalence about the role of hybrid influences as positive or negative.

Additionally, local forms of identity and ethnicity based on Kurdish resistance to a dominant nationalism are sometimes discernable, as is the overarching context of recent global events drawing Iran into direct political confrontations with western powers. 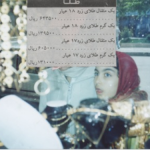 Hijacked nations; Ethnography of Palestine and Israel (2005)
Hijacked Nations I have always wanted to visit Israel/Palestine and have long dreamt of...