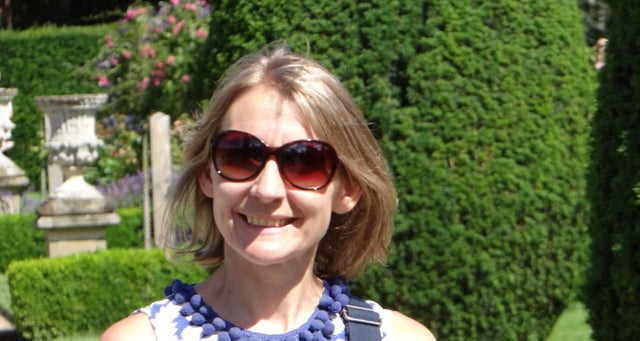 World needs to shout about scholars silenced by the state

Does the Earth go around the sun? ‘Yes!’ Copernicus argued in 1543. His teachings were subsequently banned on the grounds that they contradicted Holy Scripture, and when Galileo Galilei published an essay in 1632 supporting Copernicus’s theory he was forced to refute it and put under house arrest.

Academics need freedom to study and publish their findings – but all around the world, many encounter barriers and some even risk their lives in pursuit of their work.

Cases recently highlighted by the Scholars at Risk network include Professor Rahile Dawut, an expert on Uyghur folklore at Xinjiang University in China, who disappeared in 2017 and is thought to have been imprisoned as part of a wider persecution of the Uyghur population in northern China; Kameel Ahmady, a social anthropologist who has researched female genital mutilation and child marriage in Iran, who was detained by the Iranian authorities in 2019; Andreas Georgiou, an economist who was in charge of the Greek Statistics Agency but later prosecuted for ‘harming the national interest’ after exposing the extent of Greece’s public sector borrowing.

Organisations like the Royal Society of Edinburgh (RSE) and the Young Academy of Scotland (YAS) have human rights committees to monitor abuses such as these, and we receive alerts every year from the International Human Rights Network of Academies and Scholarly Societies.

Some concern individuals, others concern large groups of scholars, like the Turkish Academics for Peace who were sacked and charged with terrorism offences after signing a petition in 2016 calling for an end to fighting between Turkish forces and members of the Kurdistan Workers’ Party.

In collaboration with other organisations like Scholars at Risk and Cara (the Council for At-Risk Academics), we respond by writing to political leaders, protesting against harassment and human rights abuses, and campaigning for the release of imprisoned scholars.

In all our exchanges, we promote the free exchange of ideas amongst scientists and other researchers; and we advocate for the independence and autonomy of national academies and scholarly societies.

Scholarly independence is under threat in some surprising places: in July, for example, the Hungarian government tightened its control of the research bodies that make up the Hungarian Academy of Sciences; and in September, the US Department of Education ordered two universities to redesign their Middle East Studies programmes. Government interventions such as these impose worrying restrictions on scientific research and teaching.

As well as collaborating with other organisations, the Young Academy of Scotland has pioneered a new At-Risk Academic and Refugee membership scheme (ARAR). Since 2016, we have sought out ARAR candidates during our competitive recruitment rounds, offering access to professional networks and support that may otherwise be inaccessible.

These individuals have come to Scotland because their lives have been disrupted through war, violence or persecution. Their life experiences and personal attributes enhance YAS’s collective work and help foster richer dialogue and exchange of ideas, which ultimately leads to better science. Earlier this year, this scheme was celebrated when the RSE commissioned portraits of YAS’s ARAR members, by Glasgow-based portrait painter I.D Campbell. The portraits include a human rights lawyer from the Democratic Republic of Congo, a biopharmacologist from Syria and a geoscientist from Mosul University, who has now returned to Iraq to support the rebuilding of the university library, with YAS’s help.

Next month, YAS, the RSE and Cara will jointly host a lecture by Dr Bertrand Ramcharan, former Acting United Nations High Commissioner for Human Rights. This lecture will examine the role of the Scottish Enlightenment in shaping contemporary human rights ideas. In advance of the lecture we will hold a workshop to discuss future work in the human rights arena and to identify the focus of the next International Human Rights Symposium, to be jointly hosted by the RSE and the German National Academy of Sciences (Leopoldina) in Edinburgh during 2021.

This symposium will be open to the public – the defence of science and human rights is everyone’s business.