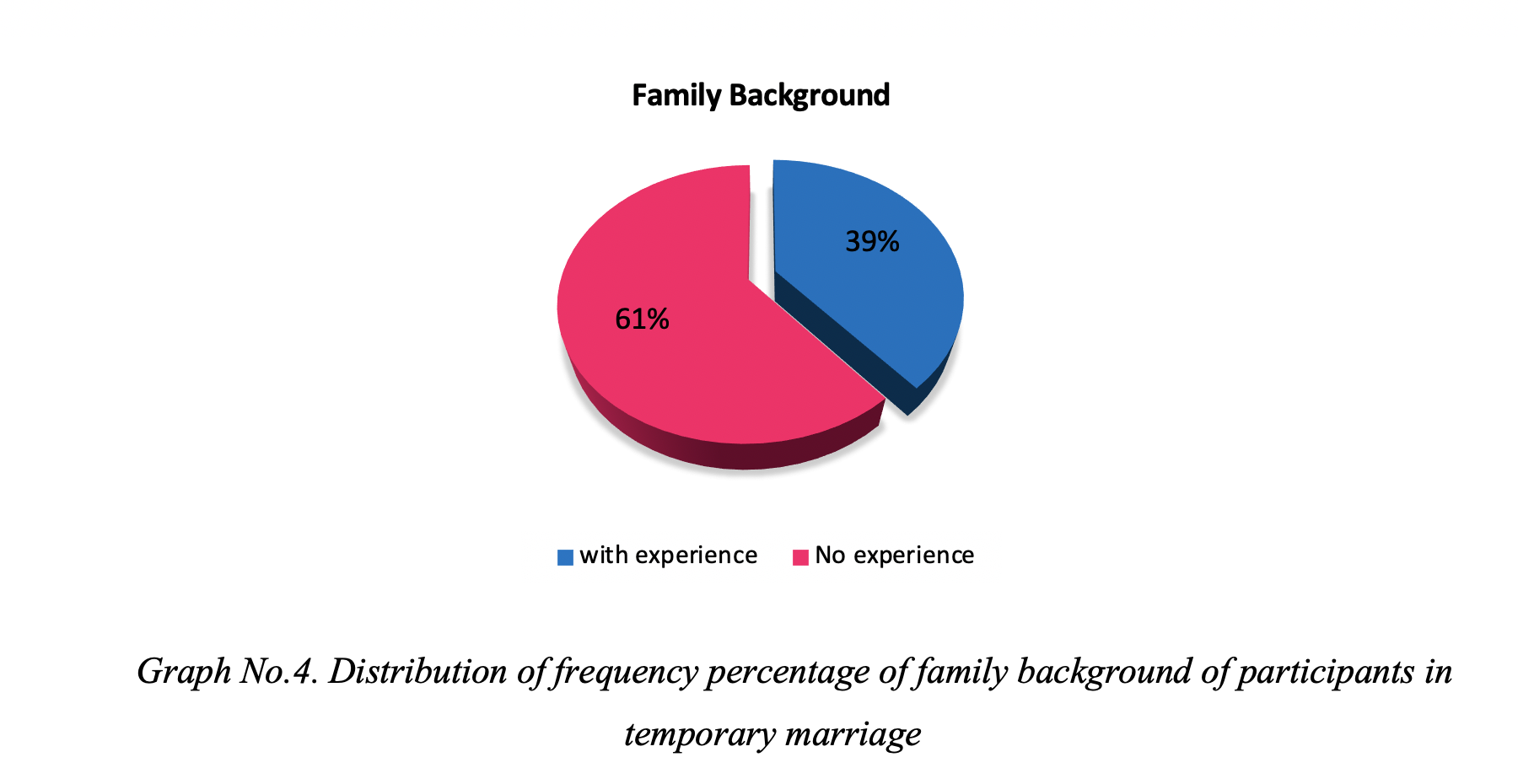 The Effects of Temporary Marriage on Children

The principal aspect in temporary marriage is pleasure-seeking and facilitating child marriage which in turn leads to consequences such as bad name, for women in particular, and a negative mentality among men toward permanent marriage.

In this study we tried to shed light on Temporary marriage in iran and TM and present a detailed and clear image of this social phenomenon and its nexus with facilitating the narrative of Child Marriages. The article explain that religious tradition called TM is the main factor behind child marriage and violation of women’s rights in Iran. This very legal gap contributes to the violation of women’s rights in temporary marriages. Moreover, some children get married in the form of TM and as a result, child marriage is facilitated while it’s most important consequence is school dropout, especially among girls. Legal gaps and the opportunities which arise as a result of abuse and pleasure-seeking through what can be called the “pleasure-dealers” have made the opponents of temporary marriage coming up with the term “a legitimate cover”.

TM is applied with the hope that it leads to permanent marriage; however, this religious behaviour can turn into a dangerous and damaging act if its legal aspects are neglected. Some families is performing Mut’ah for adolescent boys and girls. Families who have limited sociability and consider Mut’ah as the only way to stop their children’s sexual acts, normally opt for TM when the children are under When young boys and girls go through Mut’ah, after a while due to sex or because they have been named so, by the relatives and friends, they end up in a permanent marriage. Therefore, in a religious framework, Mut’ah facilitates child marriage. At such a young age, the adolescents have no intellectual, economic and social maturity and need to be controlled and managed by the family.

While early marriage not only restricts girls’ educational and economic opportunities but also has a negative impact on their physical integrity and reproductive health. Moreover, in case of sex and losing virginity during the time of TM which may not lead to permanent marriage, the woman suffers from emotional, psychological and social consequences and since TM has not been legally registered, she cannot take any action to restore her rights. But the sighe which is applied to children and adolescents to make them Mahram and prevent sinful acts, leads to different consequences. The relationship between young boys and girls in puberty, gets on a more sexual flavour while they are not mentally, economically and socially ready for marriage. This relationship leads to sexual contact during childhood and adolescence and due to social pressures, families seek ways to legalize this relationship; if the male partner agrees to permanent marriage, the relationship just facilitates child marriage. In most cases, this ends in school drop-out, physical and sexual traumas and for girls in particular it leads to emotional vulnerabilities and ultimately child windows. But once the TM expires and the male partner refrains from permanent marriage, the consequences are direr and the girl suffers irreparable emotional losses. Critical review of some religious traditions and customs is a taboo many avoid due to various reasons. But once some of these traditions lead to psychological and social harms for the individual and the society in a given time and place, they need to be revised and supervised legally.

Often following the initial removal of a young girl from her parental home, under the pretext of marriage, she can be sold into the sex trade, or just sold to another husband, as in the case of so-called fake or temporary child marriages. Men may engage in serial unions, marrying a girl for a limited time until she conceives a child (hopefully a boy, if the previous or present regular marriage has failed to produce one), or assists in economic activities. These young girls are then abandoned (and her child, if unwanted) once she is no longer required. Once girls are abandoned, they are unmarriageable and forced to continue a life of exclusion. Child marriage thus turns into human trafficking, free labour, prostitution, or, in short, enslaving a girl for the purpose of indiscriminate exploitation.

Among participants who had experienced Sigheh Mahramiat, the Sigheh can be considered as the main factor which prevented them continue their education (especially among girls). 17.64% of the participants had continued their education after Sigheh Mahramiat, while 69.11% of them had quit education, accepting the roles of being a spouse and a mother. Thinking about the role of a spouse and early pregnancy ruins the possibility of education. The conflict and overlap of the roles for which the person is not prepared, prevents ordinary trend of education. It should be mentioned that two major factors create child marriage: cultural customs and economic poverty. Regarding the problems caused by child marriage, actions should be taken against the above mentioned factors. Making appropriate policies, talking about the problems caused by this type of marriage to children and protecting them, and supporting families with economic problems can help in fighting against such traditions. Making education compulsory, registering Sigheh Mahramiat legally, and specifying an age for the Sigheh is among the policies based on which child marriage can be postponed. Naturally, education and social and economic empowerment of students and their families should be considered among macro policies of the country, and legal operational solutions should be managed for them.  This way, the social harms will be reduced and fewer consequences are imposed to the person and society in various cultural, social, economic and even political dimensions.