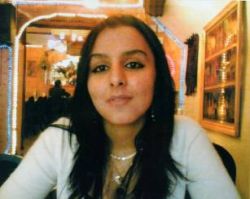 Abstract So-called ‘honour killings’ are not a cultural phenomenon

female genital mutilation : As news of a missing Kurdish woman spread across the UK this week, with the Metropolitan police distributing missing persons leaflets and requests for help from Kurdish communities in London, the British media quickly picked up the story, and we hear increasing talk of another so called ‘honour killing ’.

The reports have invariably included details of her family and ethnic background, and mention that the woman in question, Banaz Mahmod Babakir Agha, was a victim of forced marriage as well. The term ‘honour killing’ is now widely used by the mainstream media to label this type of crime, where a female family member is murdered by a close male relative, supposedly in order to restore the family’s ‘honour’.

Our purpose here is not to question the existence of these crimes, or diminish the problematic nature of extreme beliefs about gender which they express, but to raise the issue of the term ‘honour killing’ as one which diminishes the crimes involved by simply explaining them in religious terms. There have certainly been several high profile cases of this kind in the UK in recent years, where women who engaged in ‘unapproved’ relationships with men have become murder victims at the hands of their relatives. An increasingly popular discourse around ‘honour killing’ within the media has followed these events, and generally becomes attached to a wider public debate about ‘the Muslim world’ and representations of Islam in the media.

What such media portrayals fail to analyse is the worrying nature of gender relations and control of women’s lives which these crimes indicate, and the prevalence of similar cases among white westerners.

By uncritically characterising ‘honour killing’ as a broad cultural phenomenon, such media portrayals diminish the crime itself, instead focussing on a problematic pattern supposedly endemic to certain parts of the world, usually with a vague suggestions that it is somehow connected to ideas in Islam itself.

Read more: So-called ‘honour killings’ are not a cultural phenomenon