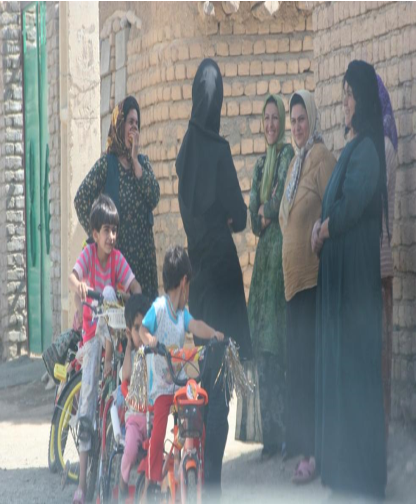 This is already a known fact that a permanent alteration in an old age ritual requires the self-awareness and willingness of the practicing group or community. However, eliminating FGM requires an approach with the blend of togetherness and the joint efforts of the saviors with victims. In this regards, we first need to identify the main actors in this. This is up till now understood that the lack of community effort keeps the affected countries away from experiencing progress in the fight against FGM.

Countries that have succeeded in lowering the rate of female genital mutilation, like Senegal, have used varied methods: alternative rites of passage into womanhood, campaigns in which brides and bridegrooms state that they both reject the custom, and the involvement of clerics and priests .

When it comes to the violation of human rights, it is governments who are largely responsible for this. Similarly, the implementation of many human rights is not possible without the positivity of the respective government towards it. However, many times despite the optimistic attitude of government the patriarchal culture and norms of the respective society which ignite the element of violation. This is very important in the context of women’s and children rights which are more often ignored. This can visibly seen by the still continue practice of FGM in Iran and Egypt. Despite the government efforts to ban the practice, and despite many fatwa’s about the forbidden status of the ritual in Islam, FGM is still flourishing. In addition to the patriarchy, the political structure and system are equally responsible for the growth of FGM.

The decision to subject or not a girl to the practice appears as the result of a complex process involving multiple actors. Although few men are active participants in this process, their intention to have FGM/C performed on their daughters is likely to influence it. The support towards the practice is highly dependent on ethnic identity, being much higher among men from traditionally practicing groups. However, awareness on FGM/C health complications is prone to positively influence men’s willingness to play a role in its prevention. In this line of thought, a strategy of acknowledging men’s ethnic background and focusing on increasing their understanding of FGM/C negative impact on health might well be an effective way to influence and promote a positive change to the secret world of women.

The main flaw in this fight against the traditional practice of female genital organs cutting is the pressure of external forces, particularly the Western powers, which are looking the issue with their own spectacles. To West, this is a harmful, painful, and non-human practice, however, for the practicing communities and sometimes for governments; this is a sign of their commitment and consistency with their religion, culture, norms, and tradition.  There is a need to attack this disabling cultural practice at all levels, including: the criminalisation of the practice, providing psychosocial and medical support for its victims, and involving traditional and religious leaders in anti-FGM initiatives.