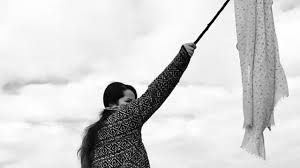 White Wednesday and My Stealthy Movement

Although the protests against the compulsory hijab in Iran have been politicized, this has not demoralized women activists, some observers say.

The important question raised here is whether Iranian society is ready for doing away with the compulsory hijab or if doing so will expose women to increased street harassment and violence?