Whilst working on the issue of female genital mutilation in Iran, the author of this book, Kameel Ahmady, also brought a focus to the early marriage of children and high rates of this harmful phenomenon in Iran.

The results of this research have been published in both Farsi and English languages.

According to the religious structure of Iran, maturity for girls begins with the first monthly menstruation, considered as the threshold of transition from childhood to adulthood which happens around age of 9. This physical and biological threshold means being able to marry, regardless of the actual age and ability to govern your marital life.

Although early marriage applies to both young girls and boys, in fact the bitter reality of the society indicates that the consequences and effects of the phenomenon of child marriage on girls are far more serious and dangerous. Undoubtedly, social investment in girls, expanding their social and economic capital and ensuring their access to education and health services is a clear driver towards gender equality to provide for stronger communities; but child marriage does the contrary.

A lack of independent and credible studies on child marriage in Iran, means there is little information and data,

but according to the legal adviser of the Iranian Judiciary, the official and state statistics suggest that between 500 to 600 thousand children per year Iran are getting married – and these are only the statistics for marriages that officially registered, without including those outside the formal marriage process.

Now, there are around 14,000 child widows in the country, and according to estimates from the United Nations 17 percent of all marriages in Iran are under the age of 18. Further, some men who have more than one spouse in Iran do not register their child marriages, and hide them.

An Echo of Silence

Many scholars, studying multiple countries, find that, overall, women are more likely to be poor than are their male counterparts (Findlay & Wright, 1996).

In this research, we synthesize the primary, and most consistent findings that emerge from this body of a comprehensive research undertaken to increase knowledge about the underlying causes of child marriage in general,

by looking at Iran’s seven provinces which has the highest rate of Early Child Marriage as a case example, which is characterized to a large extent by child marriage.

This study defines the phenomenon of ECM in analyses the various underlying factors and consequences of child marriage.

The research clearly considers ECM as an obstacle for women empowerment in Iran. It finds that poverty is inextricably linked to the prevalence of child marriage in Iran.

The rise or existence of child marriage is a complex and growing narrative which necessitates further research to diagnose and combat this insidious and deeply embedded practice.

It further links the poverty as the top notch reason of ECM similarly as a consequence as well. The article has come up with recommendations to reduce the practice up to an extent in Iran.

Table ; Marriage ranks in 2014 sorted by age groups and gender The scientific reason for doing this research is to explain the evidence and prevalence of this traumatic practice in Iran and to assist government decision makers in focusing on the immediate protection of these children’s human rights.

This book, as an effort to expose and deepen understandings of the issue of child marriage in Iran, has attracted the attention of civil activists, government policymakers and some parliamentary representatives and MPs.

It has provided the background to proposals for raising the minimum age for child marriage, amending Article 1041 of the Civil Code.

This proposal was approved by the House of Representatives in an emergency and with a majority of votes, but unanimously rejected by the Majlis Legal and Judicial Commission.

As the only fieldwork study these research findings were predicated on producing civil society advocacy and the need for parliament to amend the law.

In the community level the research has raised a wave of public awareness leading to a serious civil society demand for a ban on child marriage and raising the age of marriage from 13 to 16 for girls and from 15 to 18 for boys. 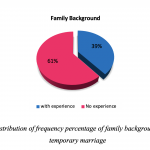 The Nexus between the Temporary Marriage and Early Child Marriages
The present study is a step towards deeper understanding of the phenomenon of Temporary... 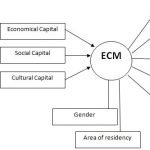