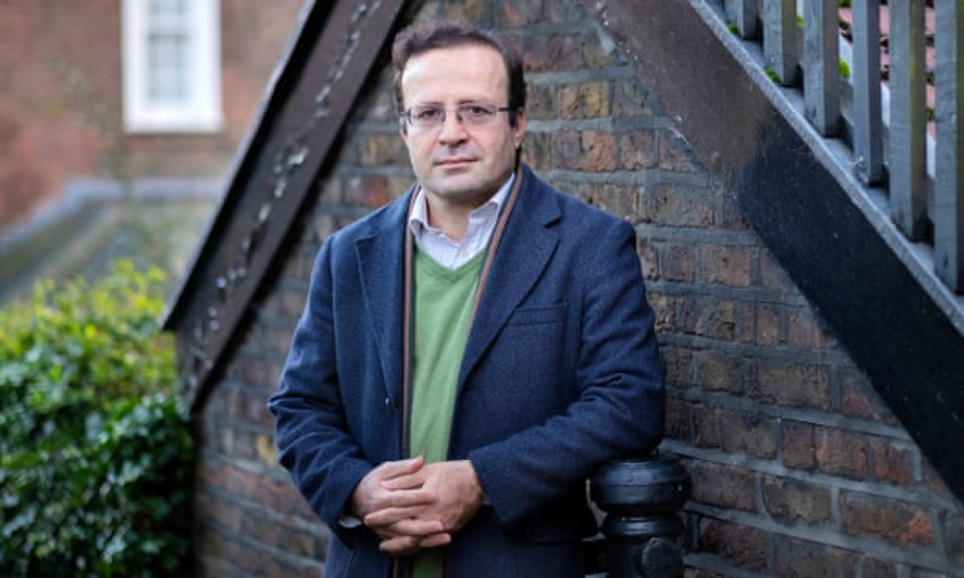 An Iranian judge on 1 February overturned in absentia the appeal of a British-Iranian social anthropologist seeking to overturn a nine-year jail sentence.

But by then Kameel Ahmady, who had been let out of prison on temporary bail pending the appeal decision, had already escaped Iran on foot through the mountains, in snow up to 1.5 metres deep, slipping across the Western border. He eventually made it back to the United Kingdom.

“I am Kurdish by ethnicity and I know some of the routes, but it was very dangerous,” Ahmady told The Guardian.

Ahmady was convicted in December 2020 of conducting “subversive” research work, according to the semi-official news agency Tasnim. He was accused of “cooperation with the hostile state of USA against the Islamic Republic of Iran” and sentenced to more than nine years in jail and a fine of more than £500,000 (US$684,000).

The allegation was that he had received funding from institutions accused of trying to topple the Islamic government of Iran.

His initial detention occurred in August 2019, weeks after UK commandos seized an Iranian oil tanker, suspected of carrying oil to Syria, as it passed through the Straits of Gibraltar, suggesting there may have been a geopolitical motive for his arrest, the International Observatory of Human Rights noted.

He had spent three months in solitary confinement in prison facing repeated interrogation without access to a lawyer, he said, before being let out on bail while awaiting a court appearance for the appeal.

In an interview with Channel 4, he spoke of the conditions in solitary confinement, where he was kept blindfolded in a tiny room with no space other than to stand, sit or sleep and no human contact – and had to remain blindfolded and alone even when taken out for a fresh air break once a day.

Given that Iranian courts typically confirm the first judgment and because of what he saw as the political motivation for the trial, Ahmady concluded there was little chance that his appeal would succeed and he should try to escape.

“I came to this decision that I would really need to go, even though it would be very dangerous for me to act on it and if I failed it would be even worse. But then I made a decision and I escaped,” he told Channel 4.

Born to Kurdish parents in Western Iran, an area where families suffered displacement due to the political turmoil following the fall of the Shah, Ahmady had moved to Britain when he was 18 and has British citizenship. He studied there, gaining a masters in social anthropology and visual anthropology at the University of Kent.

However, he had been living in Iran conducting research, paid by an NGO, for the 14 years before his arrest and his areas of research focus were politically sensitive to a conservative religious regime.

For instance, he carried out research into child marriage and female genital mutilation and had campaigned among Iranian MPs to raise the age that girls can marry from the current minimum of 13 years. Indeed, Iranian MPs passed such a resolution, but it was blocked by the legal commission.

He has also researched and written about white marriage (cohabitation), deprivation among the homosexual community, child poverty, identity and ethnicity, multiculturalism and modernity in the Middle East and other parts of the world.

Then one day in mid-August 2019, after he returned from a human rights conference in Ethiopia, a man knocked on his door claiming to be a postman and when the door was opened, 16 Revolutionary Guards stormed in and arrested him.

He was accused of trying to secure socio-cultural changes in the Islamic Republic by lobbying to raise the age of child marriage, promoting homosexuality and maintaining contact with foreign powers, according to The Guardian.

He was held for three months in the notorious Evin Prison, where many academics and dissidents have been held, including a spell in solitary confinement where he was interrogated by the Revolutionary Guard.

Ahmady told The Guardian that the judge in his trial, Abolqasem Salavati, accused him of taking courses at universities where “subversive institutes and centres relevant to spying services organised these courses” and that by lobbying Iranian MPs on raising the age of child marriage, he was seeking to undermine Iran.

According to Salavati’s verdict at his trial, he was accused of “acting as a senior expert in sociology and anthropology, directing the propagation of Western principles and weakening Sharia/lawful rules and fundamentals in the field of family and marriage, and promoting the necessity to adopt Western and humanist values”.

Ahmady had separately faced claims of serious sexual misconduct, allegations he strongly denies, but which led to him being removed as chair of the Iranian sociological association.

Ahmady said his decision to jump bail and escape was based on the fear that he if did not get out, he would be stuck in prison for nine years and not be able to see his son until he was 15. But it was a very hard and difficult decision.

“It was a move I had to make under enormous pressure without many options, although I had always felt a strong responsibility to stay on and continue my work,” he says in a post on his website. “I knew that my departure would take me far away from the location of my mission and my field of work. It would mean leaving behind whatever I have achieved until now.”

He packed a bag with a shaving kit, a few books, a laptop and a pair of pyjamas. “That’s all I had on me, and warm clothes, because I knew I had to smuggle myself out of the train on the mountain,” he told the BBC.

“I had to leave everything behind, everything I loved, I worked for, all my human connections. At the same time I was so scared [that] if I got arrested I would have been put back before the judge and God knows what other scenarios I would be faced with.”

Before his decision to flee, he had faced restrictions of his presence in seminars and universities, cancelling of permissions for the publication of new books and the elimination of his essays from newspapers, journals and scientific and academic websites.

“The most painful of all was labelling me as an infiltrator.” He said every aspect of his life story had been reinterpreted by his accusers to fit the “infiltration scenario”.

He said pressures increased and amounted to “censuring my interviews, snatching and stealing my mobile phone, hacking my emails and social networking accounts, invading my privacy, forcing people to confess and act against me and ultimately my arrest and imprisonment which was the last straw of these already unbearable pains”.

“They had come to the conclusion that I had been trained as a teenager for the purpose of infiltration and overthrowing the system.

“I know for sure that my prison term is a tool for the Iranian security services and the justice ministry to intimidate and pressure the remaining few people who are working on social issues such as civil activists, NGOs and other researchers,” Ahmady said.