Gender is one of the most important aspects of human life.

but these aspects are not always directly experienced or expressed. Gender is affected by biological, psychological, social, economic, cultural, moral, legal, historical, religious and spiritual interactions.

There is little in the way of media coverage or reports about the Iranian LGBT community, and most of these reports are documentaries about people who have left Iran and live in another country.

There has been only limited research on the experience of LGB communities in contemporary Iranian society and their views concerning this community.

Graph -shows the population of LGB in Tehran, Mashhad and Isfahan. On this basis, Tehran with 4274 homosexuals has the biggest number followed by Mashhad, 2466 and Isfahan, 2171

The research for Forbidden Tale seeks to fill this knowledge gap, and is the first research about the Lesbian Gays and Bisexual (LGB) community in Iran and the distinctive contexts in which this community functions.

This book also specifically addresses the country of the Islamic Republic of Iran and the very important issues pertaining to LGB individuals in Iran and their migration process.

LGB individuals suffer from human rights violations and are denied the basic freedom of being who they are due to their sexual orientation or gender identity.

Faced with official intransigence some LGB are compelled to escape persecution in their countries of origin and seek refuge in countries that provide them greater protection.

Their sexual orientation becomes an issue when seeking asylum. This article explores the relationship between gender and the migration process.

The article offers an account of the complexity of LGB seeking asylum as they face a myriad of threats, risks and vulnerabilities throughout all stages of the displacement cycle.

Graph 4 shows the population of LGB in Tehran, Mashhad and Isfahan Coming out vs Acceptance

Iran has been at the centre of the abundant flows of emigration and immigration for various reasons including gender.

Lesbian Gays and Bisexual (LGB) individuals in Iran belong to a silenced minority who often are compelled to hide their sexual orientation from their families and friends out of a well-founded fear of reprisals and social rejection.

Abuses are perpetrated by the Iranian government, the judiciary system and by non-state actors such as schools, communities and families.

No one is held accountable for these violations of basic rights and many LGBT individuals whose lives are fraught with fear have no choice but to attempt to migrate.

Their gender is the reason for fleeing.

LGBT refugees face legal challenges not experienced by non-LGBT refugees. That said, it is critical that there is a supportive and protective LGBT frame work for individuals who are facing the dual challenges:

These challenges require sensitivity, and an appreciation of evolving identities within the sexual spectrum.

Support is needed whilst they are still in transit countries such as Turkey for example to assist them in finding their way through the harrowing bureaucratic maze they face in order to gain asylum, to help them get settled and to cope with establishing a new life in Lesbian Gays and Bisexual (LGBT) friendly countries.

In Turkey. LGBTs are among the most marginalized and vulnerable asylum seekers and refugees as their physical survival is often mired in new dangers and deprivations in Turkey.

LGBT Iranians are in a precarious position in today’s world of hardening stoic attitudes towards their community, particularly when they must leave their country of origin out of a reasonable fear of persecution and encountered further persecution along the path to safety. LGBT individuals’ gender ought not to be the cause of their pain and risk of life.

Overall, the unattainable and unfathomable living conditions in Iran and the masked lives, suppressions and hatred has caused many of the participants want to leave Iran and go no matter where.

Homosexuality reports in Iran are based on antecedents of a well-founded fear of persecution and oppression.

These Lesbian Gays and Bisexual (LGBT) individuals who do manage to obtain the difficult asylum status are now in a safer jurisdiction and no longer living in Iran.

For the lucky ones who were able to do so, there are countless others who do not have the opportunity or financial means to leave, they remain behind.

The anthropological and fieldwork study of LGB people in Iran examines the field of gender by looking at the many complex aspects of sexual identity and its intricacies in that community, in the context of an increasing recognition of sexual orientation and the challenges that current practices of LGB and gender in Iran present.

Myths and narratives that have often led to misconceptions about gender, and the mistaken policies and practices which ensue from them, are examined to provide a more holistic approach.

This study is complex because it enters the realm of private and public life in today’s Iran beyond a simple and general view of sexual orientation and gender-related Impressions.

This research first focused on in-depth interviews of over 300 LGB people, 60% male and 40% female, in the three metropolitan cities of Tehran, Mashhad and Isfahan.

One specific feature of the research is that it focuses solely on LGB and on trans-sex people who have both male and female sexes, both of which are active at the same time.

The focus is on challenges arising from present-day changes in gender relations and interaction in Iran, examining the theoretical and methodological frameworks created by the LGBT community, as well as by universities and research centers, public and social activists, and students outside that community.

The main goals of this research project are to understand LGB community’s feelings and beliefs through a critical analysis of their own perspective, and to examine their challenges in living in a religious, class-based, traditional and patriarchal society that rejects LGB as an identity.

The vulnerability of LGBT people in Iran has been routinely suppressed. The aim now is to clarify the situation of those who have been deliberately ignored and marginalized.

This research uses a combination of phenomenological, hermeneutic, postmodern, and psychological approaches through integrated method to develop a theoretical method that is appropriate for research on the LGB experience, while also incorporating the researcher’s own intuitions and feelings.

This research was conducted between 2017-2018 and field data were collected in summer and autumn, 2017.

Three English and two Farsi articles have been published in various journals drawing on material from my book, Forbidden Tale, some of which are available on the article pages of my website.

Obscured existence of homosexuality and transsexuality inside Kurdish culture; Case studies of Gays and lesbians in Kurdistan and diaspora

The Narrative of LGB in Iran and the Chronic Closet

Migration and Gender for Iranian LGBT 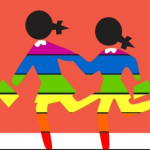 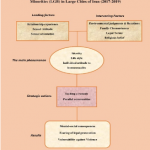